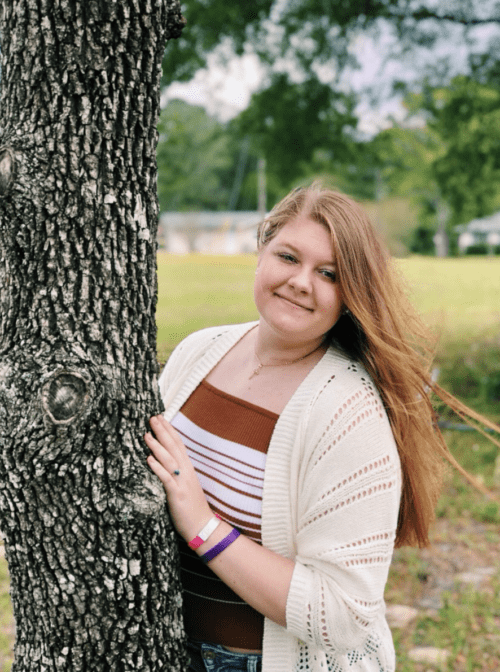 Bailey started having seizures when she was 6 years old and for years she and her family thought she had them under control. But then, a few years ago, her seizures started happening more and more often and she started getting nervous. Like so many other people with epilepsy, she started feeling like she was going through this all by herself and began feeling depressed and anxious. Nobody seemed to understand what she was going through, and she even lost one friend who couldn’t handle seeing her have a seizure. She was adrift in a sea of loneliness.

Then in 2017 her neurologist recommended looking into Epilepsy Alliance Florida and it opened up a whole new world of possibilities. She and her family have learned a lot about epilepsy and it’s treatments. Bailey has become involved in many activities like the support groups, the awareness walks, Camp Boggy Creek, and is even a member of the Youth Advocacy Council. She has met new friends, some important mentors, and has a network of other people with epilepsy that she can be open and honest with and who understand what she is going through. She has been a great advocate for awareness of epilepsy. In fact, she was awarded the Clayton Feig Award for showing courage and strength of character while dealing with epilepsy and for working to remove the stigma of epilepsy in the community.

She will be graduating from high school next spring and will be facing a daunting challenge of starting college and eventually plans to move out on her own. But she has been endowed with inspiration, confidence, hope, and the promise of being able to succeed in the world.