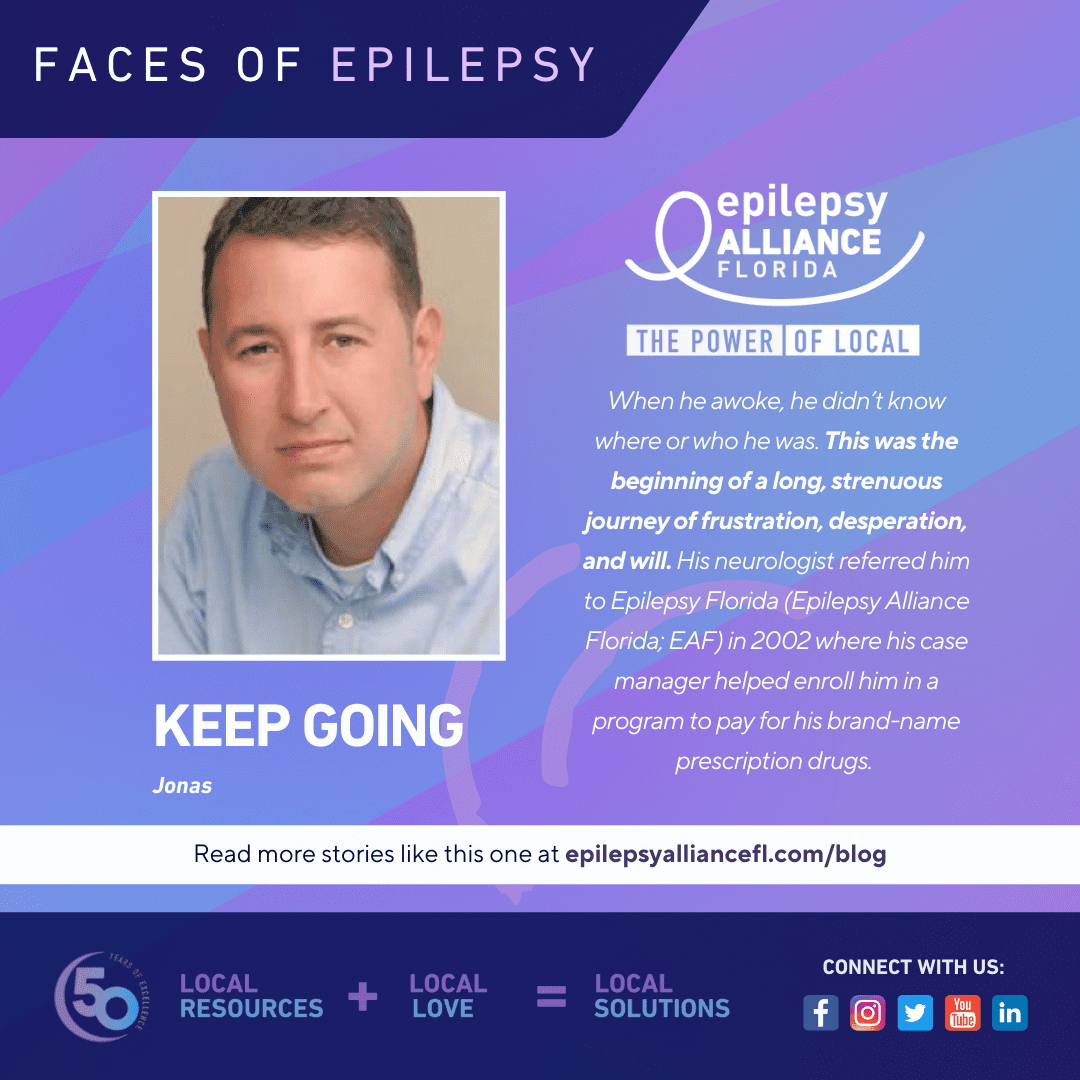 Jonas had his first tonic-clonic seizure in May 2001 following an AVM. He had just come back home from his Junior year of college. Suddenly, he felt a fire in his hand. He grabbed the phone and dialed “9” and then “1” but then his hand released the phone. He couldn’t yell “help” because one side of his mouth was numb. He lost consciousness and fell- probably landing on a fan.

When he awoke, he didn’t know where or who he was. This was the beginning of a long, strenuous journey of frustration, desperation, and will.

After two laser surgeries, he was ordered different medications and finally found one that helped. The generic version, unfortunately, didn’t seem effective. Being a college student with no health insurance, he couldn’t afford the brand-name medication he needed. His neurologist referred him to Epilepsy Florida (Epilepsy Alliance Florida; EAF) in 2002 where his case manager helped enroll him in a program to pay for the brand-name drug.

Although he continued to have problems with short-term memory, he was able to finish college and get a job with health insurance. Years later, he started feeling a pushing sensation in his head which progressively got worse. He re-enrolled with Epilepsy Alliance Florida in 2020 after he was no longer able to work due to fatigue, pain, and memory loss. Jonas is currently receiving medical services and help getting his anti-epileptic medications through EAF. He plans to keep pushing forward until he can overcome his current issues. He feels that the medications he’s received because of EAF’s interventions have kept him alive. He says “you guys have kept me going these last 20 years.”