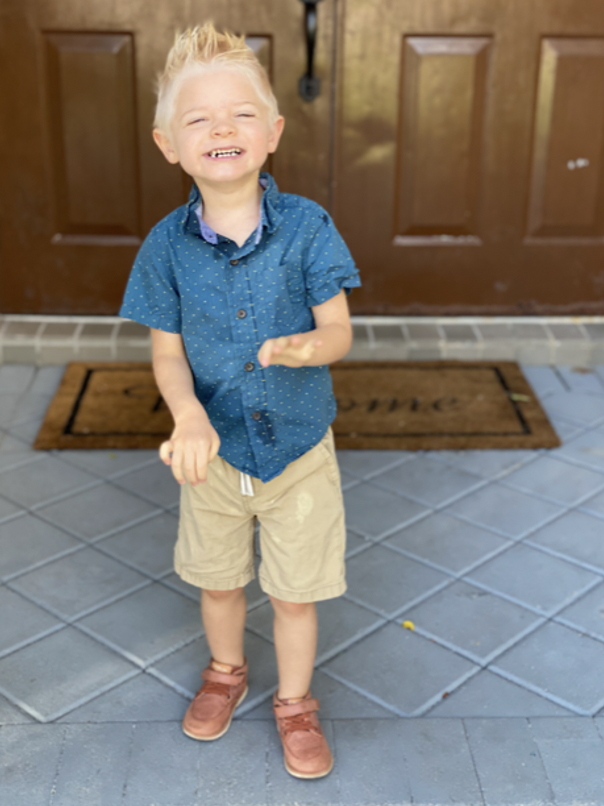 This is Reef, he is a 3-year-old boy with 3 brothers. At a very young age, he would have over 200 seizures a day. It all started when his physical therapist noticed eye flutters and informed his parents about possibly experiencing focal seizures. At the tender age of 17 months, Reef had an EEG where it picked up irregular brain activity. He was then diagnosed with epilepsy. Not too long after, Reef’s parents decided to have him see a geneticist in order to get a better understanding of their child’s conditions. They conducted the exsome panel after 6 months of fighting with their insurance to cover the $10,000 test. With this test, they discovered that Reef has a rare gene mutation called SYNGAP 1. Those with this gene mutation can be predisposed to autism, epilepsy and among other diseases. Lauren, Reef’s mom, found solace and comfort in Epilepsy groups on social media. Through this medium, she also stumbled across the term neuroplasticity; the concept that the brain is ever-changing, and developing. With this in mind, she found a center in Orlando where, through a scholarship, Reef endured a 5-day intensive treatment for 8 hours! After being treated in Orlando, Lauren was given a referral and a list of protocols how to move forward. In the referral sheet, she found Dr. Clark of North Carolina who, according to Lauren “specializes in the most complicated cases.” Lauren added, “during this time, everything seemed like a fog. The application to be seen by Dr. Clark was 20 pages and a series of tests were conducted in order for the doctor to come up with the appropriate protocol for Reef.” Today, Reef is a happy toddler who went from having 250 seizures a day to having 3 focal seizures. Lauren expresses gratitude towards Epilepsy Alliance Florida for assisting her with access to financial assistance and affordable resources!