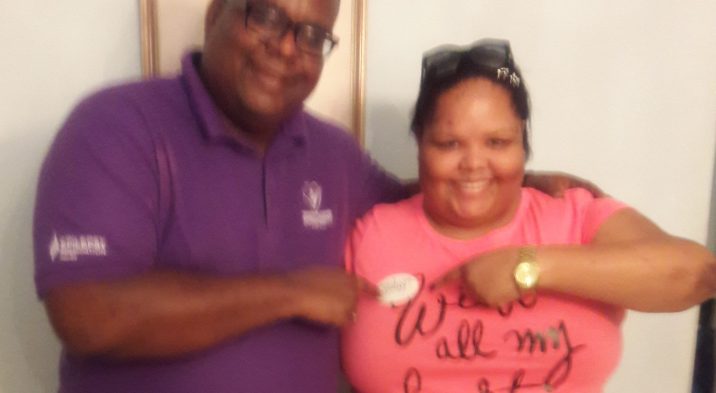 Christina Tererro is light-complexed Latina of Cuban/Dominican heritage who identifies as Black. She was referred by her mother, who was a previous consumer I assisted in 2015. In 2016, I assisted Christina in obtaining an affordability exemption.

Christina lost her job and insurance on April 1, 2017; however, she has since regained full-time employment, albeit, with no offer of employer-sponsored insurance. Subsequently, she was successfully navigated, on May 16, 2018, to a Special Enrollment Period allowing her to obtain insurance coverage. She received $56 per month in APTCs and no CSRs.

Christina health has slowly deteriorated over the years. She is presently a diabetic who is hypertensive and has neurological issues resulting from complications of her diabetes. She is obese and also suffers from diabetic retinopathy (diabetic eyes). Last year, she was admitted to Baptist Hospital on suspicion of suffering a stroke. However, her diagnosis was inconclusive other than she suffered a neurological event that partially paralyzed her likely attributable to her diabetic condition. During her convalescence, she was confined to a wheel chair but is currently walking with a very noticeable limp in her left leg. As a result of her multiple medical issues she does not drive.

In comparing health plans, Christina prematurely settled on a Molina Marketplace Silver 250 health plan costing $227 per month. However, due to the fact she had a multitude of doctors and medications, and an initial assessment (via the Healthcare.gov doctors, medical facilities & prescription drugs tool) revealed that none of her doctors were in-network, I suggested she and her mother confer with her doctors to ascertain whether or not they were in network, I subsequently provided two optional MyBlue insurance plans that had more of her doctors in network and covered all of her medications including her Tier five medication, Toujeo.

Christina subsequently indicated her desire to go forward with the above Molina product as three of her seven doctors were actually in-network, and she had received sufficient referrals to replace her other specialists who were not in network. Hence, on May 18, 2017, she enrolled in the Molina product. Furthermore, her data matching issue (supplying a copy of her insurance cancellation letter) was resolved by uploading her proof of cancellation.

Christina was very appreciative of the individual attention I provided to her and she is looking forward to using her new insurance.